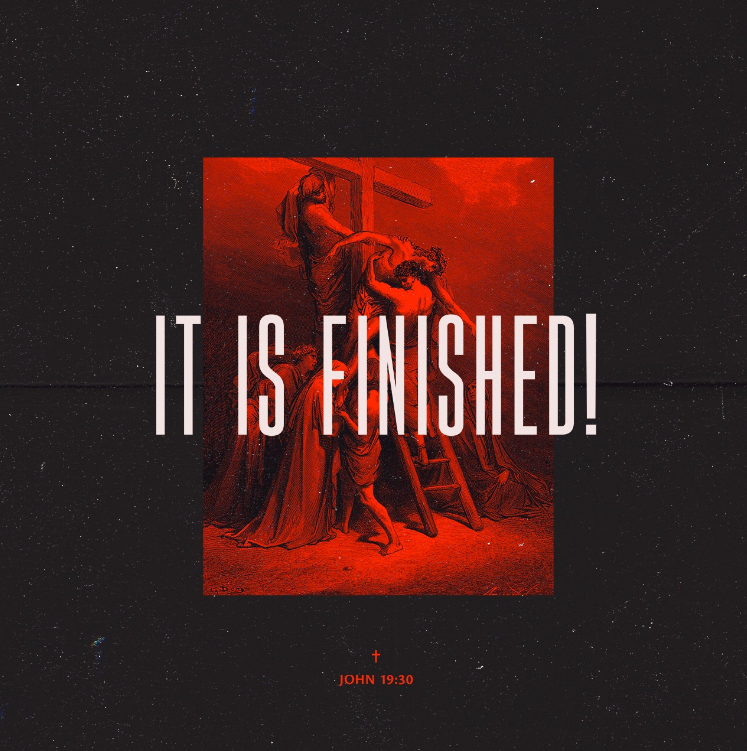 “Good Friday”. What an ironic name for the day on which Jesus was humiliated, hung on a cross, and suffered a horrible death by those He came to save. But – that was exactly why He came to Earth.

“Therefore when Jesus had received the sour wine, He said, ‘It is finished!’ And He bowed His head and gave up His spirit.”

So, on Friday, after being betrayed by one of His disciples and deserted by the rest, after facing severe beatings and being convicted of false charges, there He hung as soldiers and bystanders mocked His name and cast lots for His clothes. When I was young, I thought these words of Jesus were words of defeat. The Pharisees and scribes had been plotting His death since the beginning of His ministry three years’ prior. They finally got their way in most dramatic fashion. But that is when I was young and naive.

“It is finished!” That mission that Jesus came to exact was completed! Jesus, God incarnate, true God and true man, achieved the perfect sacrifice for our sins. He was no victim; He “gave up His spirit” willingly for you and for me so that we might be saved.

Dear friends, this is indeed “Good Friday”. And you know what? That conquering king and warrior the people wanted? That is exactly who Jesus is: King of kings and Lord of lords. By His sacrifice, Jesus won the victory over sin and death once and for all. It was not the victory that the people anticipated on Palm Sunday, but it was the victory they most needed. Indeed, Jesus achieved the greatest victory of all time. By His sacrifice, we who believe in Him are saved for eternity by grace through faith.